Saturday, October 12, 2019
22nd Annual WhistleStop Blues and Brews Festival Promises Dynamic Performances in the Festival Tent
Saturday Night, marathon runners and area residents will enjoy dancing the night away while you will indulge yourself by sampling over 50 varieties of microbrews and area mead wines. All of this will be served to you by the finest micro-brews and winery the Midwest has to offer.

Get ready to enjoy dancing the night away while listening to the music of two spectacular bands during the 21st Annual WhistleStop Blues & Brews Festival the Grand Finale of the WhistleStop Festival.

Starting the evening off with the talented, well known Minnesota blues/rock band MilkBone performing from 7:30-9:30 p.m.  MilkBone is ready to grab a guitar, sing and strum their professional sound. They are ready to bring down the house with music that will bring you to your feet…dancing feet of course! With the reputation of playing the best in blues, they also add in jazz, folk, and authentic rock ’n roll to their already popular blues sound, describing themselves as “a blues band with a rock ’n’ roll attitude!”   MilkBone’s self-proclaimed musical anchors are the “foot-stomping old Chicago-style blues” that they have been playing since 1996.  These talented musicians write their own music, play original songs and show superb talent as they rock the night away!  Milkbone has played in numerous blues festivals and other music hotspots from Duluth to Minneapolis and Ely and into Wisconsin. Their musical talent includes playing Allman Brothers to ZZ Top. 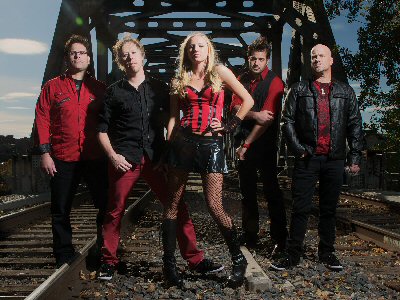 Take off your running shoes and put on your dancing shoes as Sweet Siren, a professional high energy, electrifying band, touring greater Minnesota and beyond, takes on Center Stage as the headliner during the WhistleStop Blues and Brews Festival. They offer a night of unforgettable music and perform a magical, fun show that will rock any stage!!  Playing the hottest Top 40 hits along with some classic rock and edgy country, this band puts their own flare to the music with hip arrangements.

The members of Sweet Siren have collectively shared stages with over 100 national acts including Joan Jett, Night Ranger, .38 Special, Kansas, Great White, REO Speedwagon, and BlackHawk just to name a few.  Sweet Siren takes the stage in a noticeable fashion and is ready to impress. As one of the premier party bands in the Midwest, they are well known for entertaining crowds during their high-energy performance where they play something for everyone!

Sweet Siren is not just another band. They strive to win over audiences by packing every performance with the most entertaining and professional show you’ll find. Don’t miss out! Catch a night of fun with the premier performance of this top ranking band!

We are ready to entertain residents and runners and fans during the 21st annual WhistleStop Blues & Brews Festival on Saturday, October 12, from 10pm – 12:30am in the WhistleStop Festival Tent.

Be sure to purchase your tickets in advance.  Don’t wait!  Ticket prices will be $5.00 more at the door.
Concessions with great food and drink will be available all night long, featuring the brews of Ashland’s own South Shore Brewery.

Pre-purchased Tickets for the Blues and Brews Fest are:

Pre-purchased Tickets are available at the Ashland Chamber office, by calling our office at 715-682-2500.

Tickets will be available at Packet pick-up on Friday night.

Directions to the Race 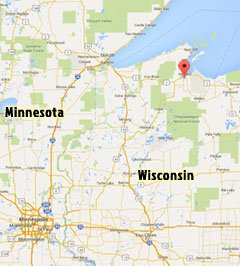